1. A player is allowed to pocket their own discs with direct strikes except those within blind zones. (Figure 3) 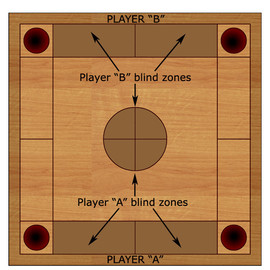 2. The player has a right to use a rebound strike to attack any discs anywhere on the table.

3. Blind discs can be played: